Compendium members of the Northwest Screenwriters Guild are actively developing stories for film, television, and other media. Learn more about their stories, and feel free to contact them. 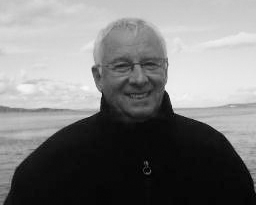 Michael currently serves on the Board of the Northwest Screenwriters Guild as Treasurer/Secretary. He began writing after receiving a Certificate in Screenwriting from the University of Washington and has written six screenplays, two of which have been optioned. His favorite genres are historical fiction and action/adventure. 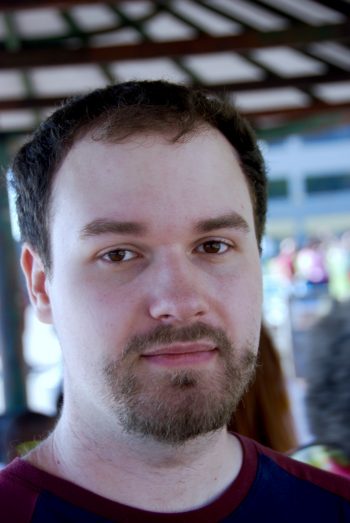 Jeff Harman joined the Compendium with a horror script-in-progress entitled A Night in Fog, and while it’s his best work to date, he is far from finished crafting himself into the writer he wants to be. Honing his storytelling knowledge with the help of NWSG and their Wednesday night table reads, Jeff is also a graduate of Central Washington University and enjoys a variety of storytelling mediums from screenplays to video games and books. He worked on a Half-Life 2 mod as a co-writer for two years before the mod was cancelled. His favorite film of all time is Akira Kurosawa’s Ikiru, followed closely by The Seven Samurai, his favorite computer games are Silent Hill 2 and Fallout: New Vegas, and his favorite TV show is the original version of Cowboy Bebop. 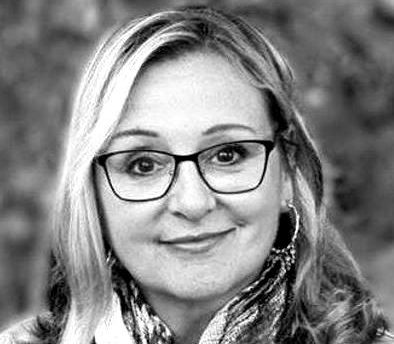 Kim Hornsby is a USA Today Bestselling Author who adapts her novels to scripts. Her 3-book Supernatural Suspense Series, The Dream Jumper’s Promise, won Best First Screenplay with the Los Angeles Film Awards, Best Feature Screenplay in the LA Film Festival and won the Feature category in the Bigfoot Script Challenge 2019 to name a few. With a Christmas Romance feature sold and another in development for filming, Kim juggles genres. Represented by JD DeWitt at 5×5 Productions, her scripts are being considered at Netflix, the CW and Amazon Studios. 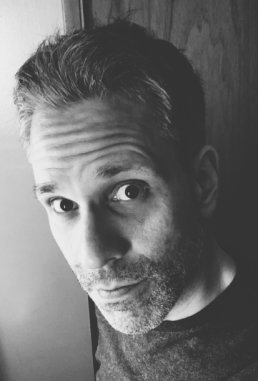 Bryan Howell is a writer and filmmaker living in the Ravenna neighborhood of Seattle. He spent ten years writing videogame scripts and stories at Xbox and Lucasfilm, and currently works as the senior manager of a video production team at Microsoft. 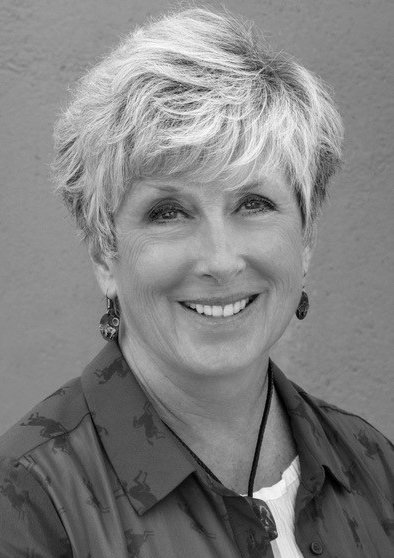 After almost twenty-two years as a professional firefighter, Laura has embraced something even the most hardened adrenaline junkies know to steer clear of – writing fiction. Winning a first place in the 2019 Chanticleer International Book Awards and placing in national story contests encouraged her to use the Covid lockdown to explore writing screenplays. FIRE LOAD was the result—an official selection of the 2021 American Screenwriting Conference, top finalist in the Breaking Walls Thriller Screenplay contest, and semifinalist in several others.

Laura’s currently working on an animated feature based on her middle grade novel, although she scribbles down lots of other ideas groggily in the middle of the night.

When she isn’t agonizing over her latest draft or day-dreaming about fly-fishing in Montana, Laura can be found working on her paintings in her own Gamble Creek Studio, a ferry ride from Seattle. 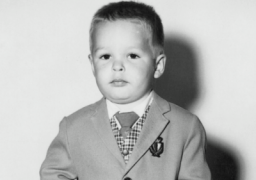 After starting his career at MTV in New York, Mike Johnston has written and directed commercials for some of the largest brands in the world. He has led digital agencies, traditional agencies and production companies. His current Seattle agency, Family creates advertising for every screen. Mike has been awarded Emmys, Tellys and the EPA campaign of the year twice, plus gold and silver Remi Awards from WorldFest-Houston, the oldest independent film festival in the world. Several of his articles have been featured on the homepage of Medium as an Editor’s Pick. His book about writing comedy is a free download. The lookbook for Mike’s latest screenplay, A Girl Named Trouble, is linked here. 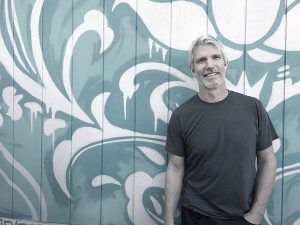 Jimmy Matlosz is a critically acclaimed, world renowned Cinematographer, Director and Writer who has an organic style all his own and a great reputation for his onset demeanor, collaborative working style and artistry:
As a CINEMATOGRAPHER he has lensed the feature films, F.E.A.R. (2021) available on steaming, The Holy Cannoli and a handful of award winning shorts: WAYLAID, VINYL CHILD, WALKING THE DOG WHILE BLACK, OEDIPUS (animated) and THE PRINCESS & THE PEA (IMAX) to name a few. He has helmed (either as cinematographer or director/DP) hundreds of commercials with a wide variety of styles for clients such as Nike, United Airlines, Sprint, Chevy, Ford, Adidas, New Balance, Budweiser, Miller, McDonald’s and Burger King.
As a Writer/Director/DP, award winning shorts ALONE (director/dp) and THE ONLINE DATE (director/dp), later developed into the feature screenplay ‘ life on Earth’
As a WRITER, Jimmy built confidence as a journalist for periodicals such as The International Cinematographers Guild, HDvideoPro and InCinematographer. His first feature screenplay took a number of years to complete, however more recently Jimmy finished his 4th feature screenplay and recently earned ‘Second Rounder’ status at The Austin Film Festival 2021 for co-writing the Streaming/TV pilot Chang Chang Chaaang.
In 2020 he Launched The Idaho Film Company with a focus on producing feature films in The Inland Northwest. Jimmy has been the Chairman of The Emerging Cinematographers Awards since 2006, honoring and mentor emerging cinematographers.
He likes mountain biking, hiking, road cycling and snowboarding and volunteers for various organizations in Sandpoint, Idaho. 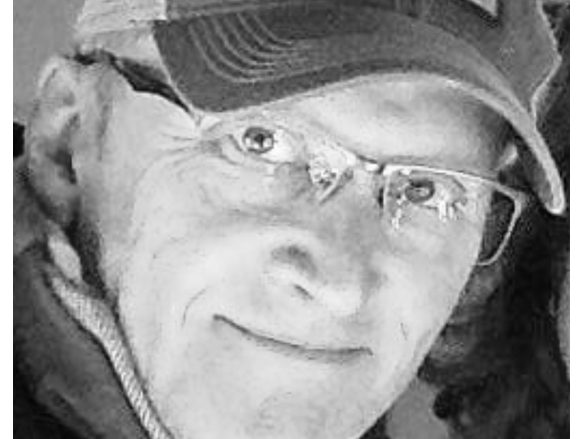 The first script Geof and his writing partner Troy Hunter wrote won the Austin Screenplay Competition. Their second was optioned by Anonymous Content where it is currently in development with Treehouse Films. They also have deals with Sierra/Infinity and Syd Ganis. He’s written and/or produced four independent films, all of which are in distribution worldwide. He’s been a development consultant and Story Analyst for Vulcan Productions for over 16 years; projects there include HARD CANDY, starring Ellen Page, and the Humanitas Prize-winning WHERE GOD LEFT HIS SHOES, starring the great John Leguizamo. Geof has taught screenwriting at the University of Washington Extension, and Seattle University. 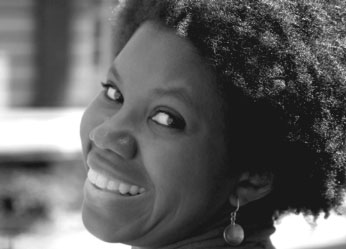 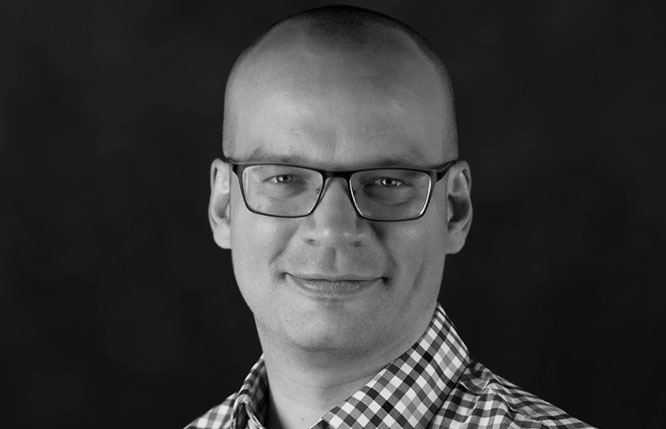 Arthur grew up in the wilds of Eastern Washington. Today, he’s pursuing writing and filmmaking in the metropolis of Seattle. A frequent collaborator, Arthur has co-written many scripts that have either won or received finalist placement in myriad of contests, including the PAGE International Screenwriting contest. His television spec pilot script TABITHA, WITCH OF THE ORDER was awarded funding assistance from the State of Washington via the Innovation Labs program at Washington Filmworks. Post production for this spec pilot was recently completed by Fractured Future Films LLC a production company where Arthur serves as Executive Producer. There he leverages his background as an Actuary to keep productions on time and on budget. 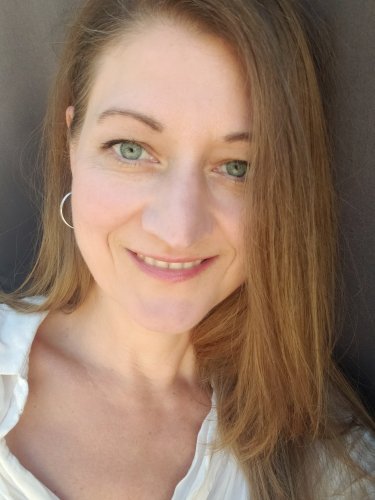 Kristin completed the University of Washington Screenwriting Certificate Program in 2017. Since then, she has had scripts advance in both the Austin Film Festival and Final Draft screenwriting competitions. Her pilot won the one-hour category of Your Script Produced this year.

She currently serves as the President and the Events Chair for the Northwest Screenwriters Guild, helping to foster the growing link between Hollywood and the screenwriting community in the Pacific Northwest. She is also the Festival Director for the Seattle Film Summit.

In her free time, Kristin is often hiking through the beautiful trails of Washington or cheering on the Seahawks and the UW Huskies. 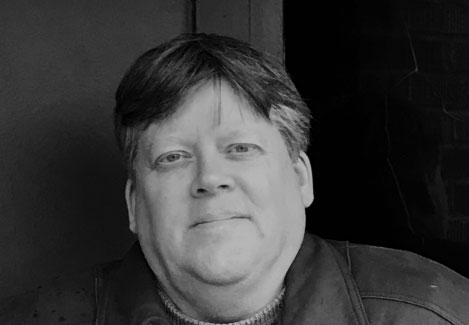 Mark recently was a quarter finalist in the Page Awards for 2017 with his screenplay, Super Geeks. He was a 2011 winner of the Scriptoid TV Challenge for Best Pilot of an Original TV Series. He has written a novel which is available on Kindle, as well as many short stories. His latest is included in a collection called, 100 Voices, available on Amazon. He is currently involved in creating episodes for an online Web Series as well as busy putting the finishing touches on a number of screenplays. 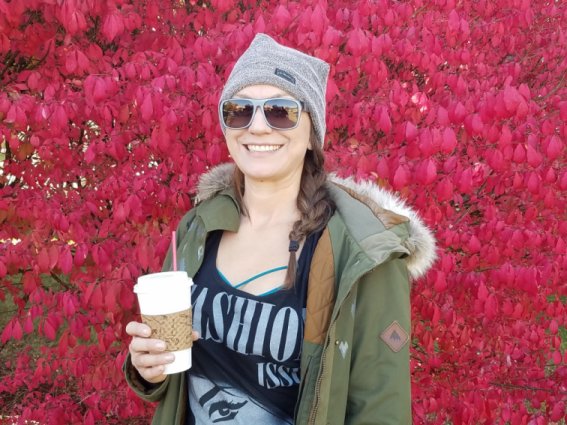 Crystal “Cannon” Rosenau has the Northwest running through her blood. Having grown up in Marysville and Lake Stevens (and the Netherlands for a few minutes), her dad is a Seattle Seafair Pirate retired from Boeing…the epitome of the Pacific Northwest. A mother of four adorable teenagers and wife of one handsome dude, she earned her MFA in Script and Screenwriting from Regent University in 2015 and right away optioned her final project from the program. Cannon also has written scripted ads, collaborates on the Cuzzins team and has a published stage play. When she’s not writing smutless comedy for various projects, you can find her slangin’ Girl Scout Cookies, Cheer Raffles and burning holes in the sidewalks walking her four dogs where she lives in North Idaho. 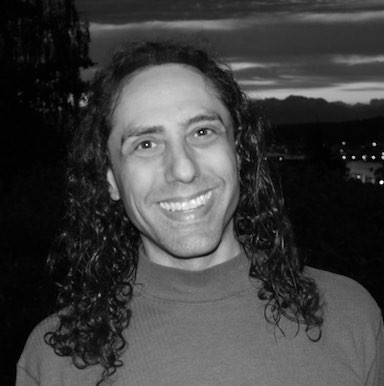 A varied background gives Adam a lot to write about. His early love for sketch comedy led to improv, producing documentaries, and directing and ADing pilots and shorts. His inspiration comes from environmental consulting, living as a composer and rock singer, founding an arts non-profit and music festival, running a B&B on a tugboat, volunteering in Haiti, hanging in Paris, studying at Duke University, and, yes, creating The Purple Store. He writes funny dramas and meaningful comedies. His scripts second-rounded several times at Austin Film Fest and quarterfinaled in ScreenCraft and HollyShorts. He’s currently writing a comedy feature based on a board game and a comedy series about a music festival. 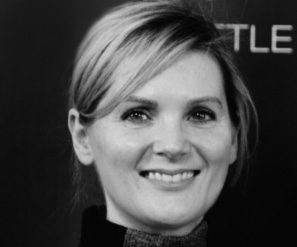 Carrie Wachob is an award-winning Seattle-based screenwriter, filmmaker, and dog lover. She writes genre dark comedy and horror. For the last 10 years she’s also worked as a video editor and multimedia coordinator for Seattle Children’s Hospital. She studied digital video at the Art Institute of Seattle and has a B.A. in Journalism-Communications from the University if Washington. 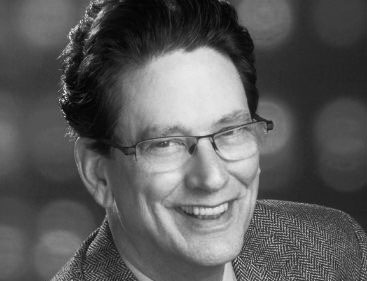 Randy is a screenwriter and graduate of TheFilmSchool in Seattle. His genre focus is primarily contemporary realistic drama. He has studied acting with Freehold Theatre, performed in community theatre, served on the Board of the Northwest Screenwriters Guild, and covered the 2007 Austin Film festival for BoxOffice.Com. He has had a long career doing human resource and organization consulting to Fortune 100 companies as well as smaller non-profits. He is currently on the faculty of New York University teaching applied behavioral psychology to graduate business students. He resides in Seattle with his wife, Judy Brandon, and Cavalier King Charles Spaniel, Casey. 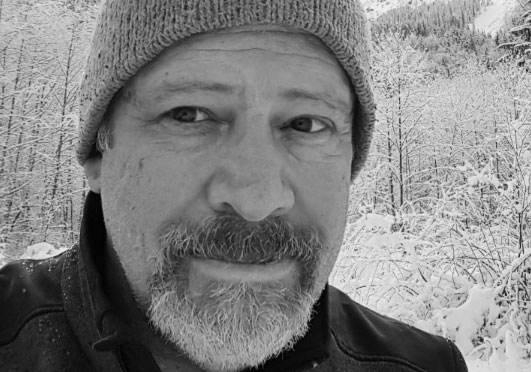 You could say that Ben’s entire career in science, engineering, and business was merely preparation for writing screenplays that emphasize realism and logic in the story turns. He enjoys writing science fiction and drama that include moments of absurdity. Ben has home towns in Ohio, California, Alabama and now Washington, the latter since 1983-85 and 1994 until today. He is also an actor who started as a background extra, and completed Basic Acting training at Freehold Theater in Seattle. Ben believes that everyone has interesting stories. Tell your story to Ben and he might be interested in working with you to create a screenplay.

Learn more about the benefits of our Compendium-level membership >>