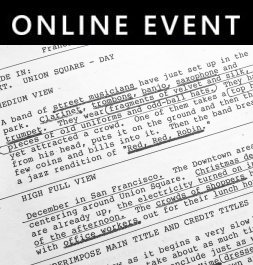 You’ve got your script, your cast, your crew. You’re ready to shoot!  Well, not exactly.

You need to break down your script. You need to go through it painstakingly, piece by piece, combing through each page, identifying elements and applying that information in order to budget and schedule your production. In this class, you’ll learn how to break down a script by hand and in StudioBinder. Then, you’ll learn how to use your script breakdown for shoot schedules and communicating with film departments. You’ll also acquire some helpful advice and hear a few Dos and Don’ts for creating a realistic production schedule based on your script. So, bring your script; come with production questions and join us!

Equipment: a laptop if desired.

Kalee Quiñones – Kalee is a Seattle filmmaker who loves all aspects of the storytelling process. She has extensive experience working on sets as a Script Supervisor and Data Wrangler. She most recently script supervised local films, BUM and Animal Heads, and was script supervisor on the short film, Ella, featured on Short of the Week. She is also a freelance video editor working on projects for REI, Amazon, Cut, and We Are Royale. Kalee’s true passion lies in writing and directing her own projects. In 2017, she
released her debut short film, E 1200. Her next project is to finish writing, then produce and direct a dark romance comedy inspired by High Fidelity.
You can see her reel and other filmmaking experience on her website: www.kaleequinones.com