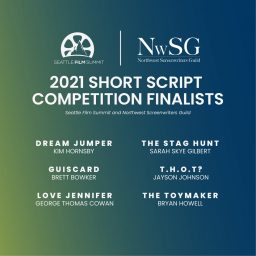 A special LIVE-STREAMED event at the Seattle Film Summit showcasing table reads for the finalists of our short script competition.

A Norman warlord’s faith and brawn is tested when he rides into battle against an army commanded by The Pope himself. 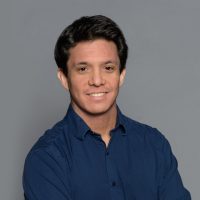 Brett Bowker storyboarded his first movie when he was 5 years old out of markers and scratch paper.  However, he didn’t have enough imaginary friends to make it.  That ambition carried into his adult years when the first screenplay he ever wrote was a quarterfinalist in Final Draft’s Big Break competition.  Brett produced and filmed the award-winning feature documentary “The Long Ride Home” right out of college.  When he’s not kicking the blank page’s ass, he’s running his own private investigative agency and coaching undefeated state championship winning high school lacrosse teams.

THE TOYMAKER by Bryan Howell 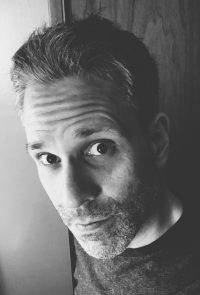 When he’s asked to repair a marionette crafted by his father, a lonely toymaker finds an unexpected connection to a young girl and her mother.

Bryan Howell is a writer and filmmaker living in Seattle. He spent ten years writing videogame scripts and stories at Xbox and Lucasfilm, and currently works as the senior manager of a video production team at Microsoft.

When a friend in need appears at his doorstep, a man who’s suffered bad luck and hard knocks must embrace an opportunity to find meaning in his life. 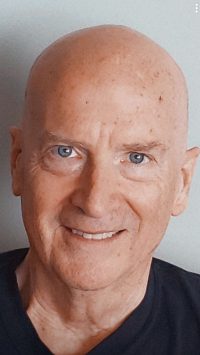 Currently living in Seattle, George Cowan was raised in a family of six on a military dad’s modest enlisted pay. He went on to complete a bachelor’s degree in business, an MBA, and a law degree, practicing briefly as a CPA before getting licensed to practice law in California, Oregon, and Washington. He completed the University of Washington’s screenwriting program in 2015, and principally writes features, mostly crime dramas with action, thriller, and/or comedic elements. Having experienced both ends of the socio-economic spectrum, he creates protagonists who strive to escape dire economic circumstances or to abuse positions of power and trust.  He is a multi-optioned screenwriter, and left his law practice to write full time.

A confident ladies man reconsiders going on a date after hearing gossip at the local barbershop. 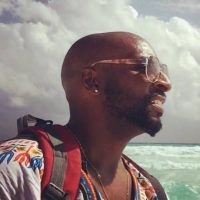 Jayson Johnson is an independent screenwriter and film director. Born in the Chicagoland suburbs to a creative family, he was challenged to seek out his own form of artistic expression and ultimately found himself drawn to TV. As a certified couch potato, Jayson used to watch 7+ hours of television every day. So when it came time to choose a major in college, it was an easy decision to make. Jayson attended Eastern Illinois University and studied Radio/TV. Film in the communication department. After college, he landed a job with legendary filmmaker Francis Ford Coppola at his budding wine estate, then named Niebaum-Coppola. During this time, Jayson worked on marketing campaigns and internal videos but hoped of working on anything that resembled a film project. Then in 2008, an opportunity presented itself! Jayson was hired to be a prop master on Mr. Coppola’s traveling stage performance, “Wine, Daydreams and Memories”. Since then Jayson has continued his film journey by working freelance for Discovery, Facebook, Netflix, and several other top brands. To date his own personal films have been selected to over forty film festivals, winning several times. Jayson continues to work full-time as a writer/director for Strike Five Films.

Preparing to uproot his life for the woman he loves, a man with the gift of prophetic dreams realizes her future does not include him. 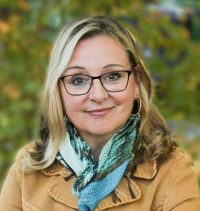 Kim Hornsby is a sold, optioned screenwriter as well as a USA Today bestselling author with 16 published novels. Her feature screenplay, The Dream Jumper’s Promise, adapted from her book series, won the Hollywood Fellowship at the Bigfoot Script Competition in 2019 at the Seattle Film Summit and is 1 of 30 contest placements for her expansive portfolio that ranges from Christmas Romances to Spooky Thrillers. Kim is an advocate of the adaptation and teaches for the Pacific Northwest Writers’ Association, Romance Writers of America, and the Northwest Screenwriters Guild.

When a high-stakes game places Caroline and her husband on opposing teams, they realize that their love may not be enough… 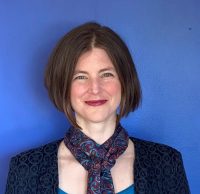 Skye has worked in theater and film off-and-on since 2002, balancing her passion for the craft with a global health career. She has focused her attention specifically on screenwriting since 2018, drawing from her experiences in stage acting, producing and directing an award-winning documentary called Beyond America, and performing improv theater in the Seattle area with both Jet City Improv and as a regular cast member at Split Second Improv. She serves as the Table Read Coordinator for the Northwest Screenwriters Guild, was a semi-finalist in the 2021 Portland Screenplay Awards and a selected participant at Stowe’s Sidewalk Narrative Lab. When she is not writing, you can find her mountaineering in the North Cascades, traveling around the world on behalf of her job, or struggling to meditate in her garden.

MORE DETAILS COMING SOON! Thank you to TCM Models and Talent for casting!

Since its establishment in 1979, TCM Models & Talent has been a major industry presence in the Pacific Northwest. With a diverse roster of models and talent, they are able to remain committed to the goal of developing high quality models and talent to best meet the needs of clients. This “boutique” type approach also lends itself to a more personalized atmosphere when developing new models and talent, providing hands-on coaching they need to prepare them for this highly competitive industry.