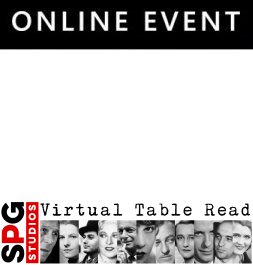 Followed by analysis and constructive feedback from a panel of seasoned screenwriters.

This event will stream live on YouTube here https://youtu.be/LYpKLuFEBE8

Michele Atkins is a writer/director. In 2016 she won the Academy of Motion Picture Nicholl Fellowship for her feature screenplay TALKING ABOUT THE SKY. She completed a screenplay adaptation for ONE NIGHT IN MISSISSIPPI for award winning Caviar Films, which made the 14th edition of The Blacklist in 2018.

Geof Miller has written for Warner Bros, Fox, Columbia TriStar, New Line and others. See IMDb for credits. He’s in development at Anonymous Content with BUTCHER’S RUN. He won Austin with KEYS TO THE KINGDOM. His students at University of Washington and Seattle University call his teaching “inspiring,” “enlightening,” and “f*cking awesome!”