The NwSG has partnered with the International Screenwriters Association to present this informative speaker series. Mingle with other screenwriters and filmmakers and meet industry professionals in a fun, casual atmosphere. And as if that isn’t enough, each month the ISA will give out screenwriting-related door prizes!

Join us for an informal chat about writing and making films in the Seattle area featuring local female filmmakers. 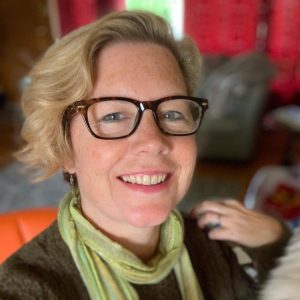 Heather Pilder Olson
Heather has written, produced and directed several award-winning films, and is currently producing the documentary The River, a film about homelessness in Aberdeen, Washington. She was an associate producer for the documentary Gold Balls, which profiles US tennis players who are all over the age of 80 as they compete for the US national title. Gold Balls premiered at the Seattle International Film Festival (SIFF) in 2016 and is slated for PBS television in 2020. She wrote the teleplay Crack the Whip, which was selected for the Bigfoot Script Challenge Live Table Read at SIFF in 2019, and has also written the features 38 Minutes, Dodgers and Birth. Heather is an alumnus of The Film School screenwriting workshop, and teaches screenwriting at the women’s prison in Gig Harbor. She was a 2019 Green Room Fellow and is helping to lead the Green Room in 2020. She has a large love of comedy and macaroni and cheese. 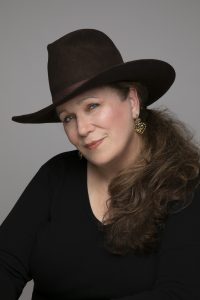 Lee Ryan Coston
Lee was born in the beautiful state of Montana, where she began her media career at 18, working as a floor director and camera operator for a live talk show and the news. She moved on to work in radio as a copywriter, disc jockey and production director. Lee won several regional awards, before she ended up in front of the camera as a television talk show host and local news anchor. This new venture garnered her several awards as “Announcer of the Year” and “Broadcaster of the Year”.
Looking to broaden and expand her career, Lee moved to Seattle, where she worked at various radio stations as an announcer, copywriter, talk show producer and promotions manager. When the opportunity arose, Lee accepted a position at Boeing Motion Picture and Television. She functioned as writer, producer, director, news reporter, voice talent and actress. For her efforts, she won an ITVA Silver Telly Award for an eight-part series she wrote, produced and directed. It was one of Boeing’s first video productions using actors and story-lines to train and motivate.
Upon leaving Boeing, Lee wrote, produced and directed myriad of stage plays and formed Blue Heron Productions, where she produces films for Microsoft and other companies in Seattle, as well as being an actor, voice artist and Indy film writer, producer, director.
Her latest film, CROWBAR, has won 5 First Place, 12 Nominations, 4 Special awards and 17 Official Selections. 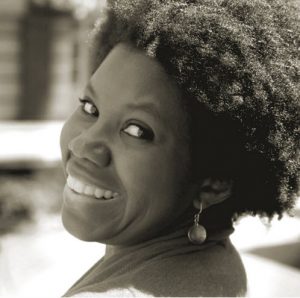 Nicole Pouchet
(she/her) A former Broadway assistant director, Nicole Pouchet is a novelist and writer/director for Zombie Orpheus Entertainment’s award-winning fantasy TV series, STROWLERS. Her horror/social thriller short, RETCH, premiered at the Seattle International Film Festival (SIFF) in 2019 and is featured on DirecTV. Nicole continues to write/direct projects that incorporate social commentary into genre film. She is a Board Member for the Northwest Screenwriters Guild and a guest lecturer for the University of Virginia, SIFF, and Women in Film.

See you @ the Rendezvous!