In partnership with Bigfoot Script Challenge and TheFilmSchool, we’re pleased to present a free panel, featuring insiders from various aspects of the film industry.

Ben Andrews
Ben Andrews is a Seattle based actor, director, and producer. He’s directed and produced numerous award winning short films. These projects have been in over 200 films festivals and have won dozens of awards around the world. He’s the founder of the Seattle Film Summit and Renton City Comicon. He’s also an accomplished actor, been on over 200 film//commercial/TV sets, and can be seen on national TV shows like TNT’s The Librarians and SYFY’s Z-Nation.

Nike Imoru
Nike Imoru, is a multi-award winning classical actress, casting director and producer for film and tv. She was the casting director for 5 seasons of Sy Fy’s Z Nation which was filmed in Spokane WA. She has also cast movies with Hollywood Actors and brought hundreds of NW actors to the big and small screen in her 12 years of casting out of LA and the NW. Most recently Ms Imoru co-founded and is the president of Rebel Kat Productions, a female-led film finance company. As Executive Producer she developed a tv series currently being shopped to networks. The Sisters, is a tale of America’s Founding Females. She is a member of the Casting Society of America. She gained her PhD from the University of Warwick UK.

Jonathan Keasey
Jonathan H. Keasey is an Adjunct Professor of Screenwriting at Seattle University. Jonathan is a member of the prestigious Writers Guild of America and has penned films for Sony Studios, Columbia Pictures and China’s Fundamental Media among others. For his work, Jonathan was recently voted onto Hollywood’s “Young and Hungry” list by industry insiders.  In addition to writing, Jonathan is currently developing projects for Germany’s Telepool GmbH and Norman Lear’s Act III Productions.  Prior to his career as a writer, Jonathan worked in development at Warner Brothers Studios and handled coverage for ICM.  Jonathan holds a B.A. from the University of Washington, a law degree from Washington University in St. Louis, and is currently represented in all creative matters by CAA, Zero Gravity and Hirsch, Wallerstein Matlof and Hayum. 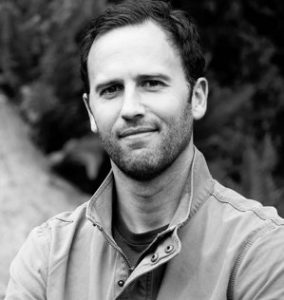 Moderated by Jeremy Dodd
Jeremy J. Dodd is an award-winning writer, director, and producer whose work spans commercial television, show development, and corporate communications. Most recently he’s worked as a writer and producer at Microsoft, articulating the company’s vision for the role of artificial intelligence in people’s lives. Prior to Microsoft, Jeremy spent 10 years in the advertising industry running his own agency where he produced national and regional campaigns for clients such as Boeing, Behr Paint, Virginia Mason Hospital, Service Brands International, and many others. Jeremy holds a B.A. in Economics from the University of Washington, and currently serves as president of the Northwest Screenwriters Guild.